True White System Reviews: Brighten Your Day With A Smile

Written by The Teeth Blog Team

Disclosure: Links on this site may receive a commission, this does not affect the price you pay and help us cover the costs of running this website.

Ready for a whiter smile but don’t want to spend hundreds of dollars to see a dentist?

In your search for a more cost-effective DIY alternative you might have heard about the True White teeth whitening system.

Read on to find out whether or not this product is worth a try.

True White Whitening System: What Is It?

True White is an online company that produces at-home teeth bleaching kits. The kits contain items that are similar to what’s used in the professional setup in a dental office:

Just like the bleach that’s used in the dental office, True White has a potent hydrogen peroxide-based bleaching gel. The gel is activated by the LED light. True White’s light doesn’t provide UV teeth whitening, however, as that’s a different process.

The system is similar to the professional teeth bleaching process: you wear the gel on your teeth for several minutes while applying the light to speed up the whitening and then rinse your mouth to reveal glowing white teeth. It may take a few applications to see a real difference, but using True White is definitely a more affordable alternative to visiting your dentist.

Plus, True White lets you bleach your teeth in the privacy and comfort of your own home since it’s a kit you order online.

True White System: How It Works

True White’s whitening gel contains 12% hydrogen peroxide, which is more than what most over-the-counter whitening products have. The peroxide lightens teeth through a chemical reaction as it breaks down and releases small oxygen bubbles. The bubbles soak into enamel pores and lift out both deep stains and pigmentation from inside the tooth enamel itself. True White’s LED light helps to speed up this process.

True White System: How to Use It

You can order one of two kits currently available on True White’s website true-company.com:

True White Advanced teeth whitening system has everything you need to get started. As mentioned above, it has the trays, a case for the trays, two syringes of whitening gel, and the LED light (batteries included).

The Plus 2 Person version is essentially the same, except it contains a second set of trays and whitening gel syringes. This option is great for couples since it allows two people to benefit from the system at once. The light has to be shared, but this kit will give you enough supplies for two people to bleach their teeth with their own set of customized trays.

Once you get your kit in the mail, here are the steps to follow to bleach your teeth:

Check out the company’s explanatory video that goes over these instructions. There are more detailed directions that come with the kit. It’s very important to follow these directions carefully for the best results.

In addition to the whitening kits, you can also purchase refill syringes of the bleaching gel. You can get two for $9.99. Two syringes should provide you with 20 full whitening sessions including upper and lower trays.

Here’s how the math works out:

True White Advanced Teeth Whitening system reviews seem to be a bit polarized. But there are a few reasons why some people have very good experiences while others have very bad experiences.

For the most part, people are getting good results from the True White whitening system. Some customers say that they saw a dramatic change in the color of their teeth after just a single use. One customer even said that she had low expectations of the product and then was really surprised to see the amazing results she got.

Some folks have had a very negative experience with True White. This could have been the result of a miscommunication or some other unusual problem in their situation.

But for many disappointed reviewers, the issue was that the True White whitening gel burned their gums.

This issue is one that’s very common with any teeth bleaching product that contains a high concentration of hydrogen peroxide. It’s also one that’s easy to avoid if you strictly follow the company’s instructions on placing only a tiny drop of gel on each tooth in your tray.

It can be tempting to place more since it doesn’t look like it’ll be enough to work. One user left a review on Amazon saying that she followed the directions but her boyfriend decided to place just a bit more gel in the tray since it didn’t look like it would be enough for him. As it turned out, he had an issue with burned and sensitive gums while she was perfectly comfortable and had a great experience.

So it does appear that the way you use this whitening system will determine just how well it works for you.

Another issue that comes up is the subject of knock-offs brands. Some unscrupulous resellers and retailers might try to sell a True White kit that isn’t genuine or that’s expired or damaged. If you don’t buy from the right seller, you could end up with a defective product that doesn’t get you that white smile you want. Be careful about where you try to order this kit from. If you want to give True White teeth whitening a try, we recommend that you go through the True White system website itself. 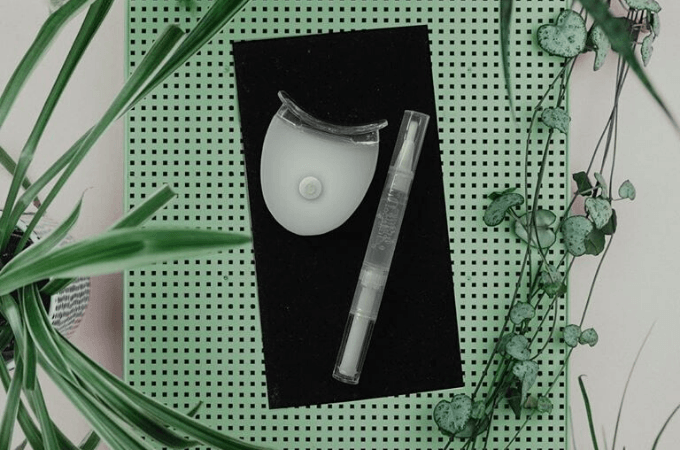 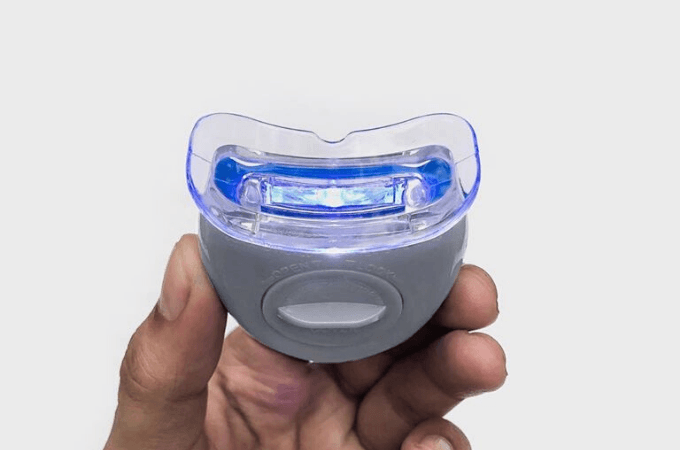 All in all, True White seems like it might be worth checking out. The company offers a very simple and straightforward product that can get you stunning results. An at-home bleaching kit with hydrogen peroxide isn’t right for everyone, however. If you have cavities, very sensitive teeth, or lots of gum recession, then you probably should check with your dentist first to find out if teeth bleaching is safe for you.

But if you’re ready to start whitening, then True White could be a great alternative to those costly in-office professional bleaching sessions. The True White Advanced teeth whitening system could also make a great gift for a loved one.

Not sure that True White is right for you? Check out our list of the best online teeth whitening kits to explore more options for getting that glam smile.

Written by The Teeth Blog Team
Choosing the best teeth aligners online, toothbrushes or whitening kits can be a confusing and difficult process, especially when there are so many options out there that you begin to lose your mind. That's why we have created this blog, to test all the different option and give users our honest opinion and try to help you with your decision. The Teeth Blog Team is joined by a group of teeth enthusiasts who loved to try and review all the dental products they find. So they thought it was a great idea to make a blog and share all their knowledge, making it easier for everyone looking for honest and objective reviews of dental products.