What Is and How Does HyperByte Work?

Disclosure: Links on this site may receive a commission, this does not affect the price you pay and help us cover the costs of running this website.

HyperByte is the Byte aligner company’s unique technology used to speed up treatment time and reduce discomfort. It looks like a horseshoe on a stick, with a u-shaped plate that you gently bite down on for five minutes a day. But does HyperByte work? Does it hurt? And is it safe? We’ll talk about all that and more in this in-depth HyperByte review.

What is the HyperByte device?

In the past, orthodontists who wanted to speed up the movement of teeth had to use surgical intervention. Now, orthodontists have access to a wider range of advanced technology, and so they can combine orthodontics with non-invasive ways to facilitate tooth movement. That’s where the HFV device comes in. HFV stands for high-frequency vibrations and has been used by orthodontists to speed up treatment for years. As it applies to orthodontics, HFV is nothing new; in fact, it was studied as early as 1981 for its pain-reducing effects.

So how do these high-frequency vibration devices work? Most importantly, by addressing the main reasons patients are hesitant to get orthodontics, pain, and treatment time length. One of the main things that result in pain during orthodontic treatment is improper aligner siting. Aligners that aren’t sited correctly can lose their grip on a patient’s teeth. This can cause individual teeth to undergo uneven force from the aligners, causing pain, discomfort, and sometimes even causing teeth to move in the wrong direction.

HFV devices are also said to reduce treatment time by up to 64% and increase the teeth movement’s predictability.

That brings us to Byte’s outstanding technology, the HyperByte. HyperByte is a small device, about the size of your hand, shaped like a horseshoe or a ‘u’ on a stick. There are three main components of the HyperByte:

HFV has long been used by professionals to shorten treatment time, reduce discomfort, and increase the predictability of tooth movement, and it is considered safe. Various studies have been conducted, like this one, which found that not only is it safe, but it led to shorter treatment time in patients who had mild to moderate cases of malocclusion.

HyperByte doesn’t hurt! In fact, one of its primary functions is to reduce pain and discomfort often experienced during orthodontic treatment.

What does the HyperByte actually do?

HyperByte works to decrease discomfort and increase treatment time, but how does it do all of that? According to Byte, when you have treatment with aligners or braces, many hidden processes are going on that you can’t necessarily see. These include the swelling of tissues, the breaking down of bones, and the increase in other bones’ density. All of this results in inflammation, which can cause quite a bit of pain. 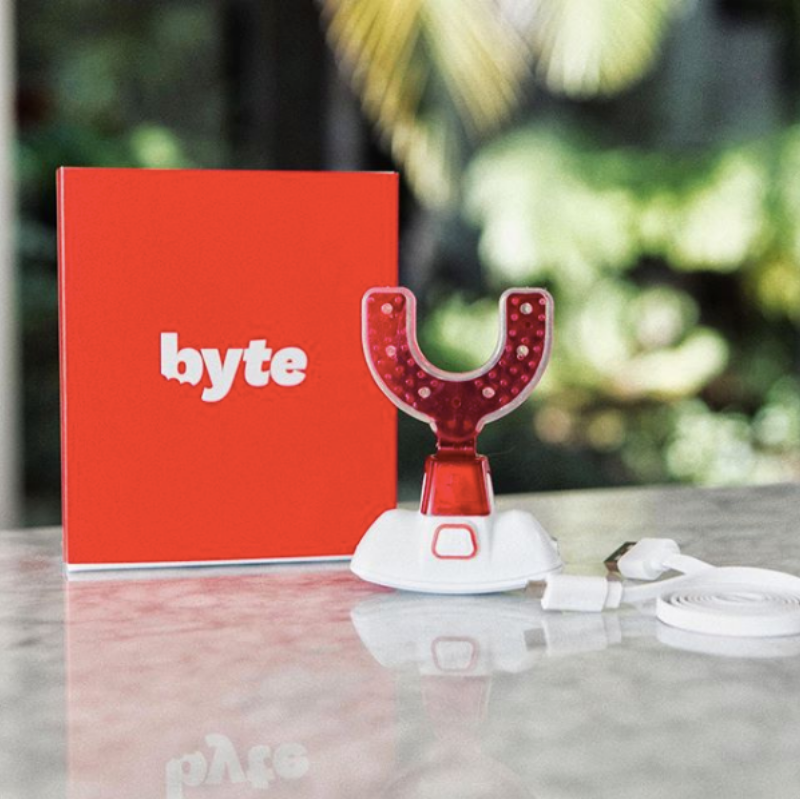 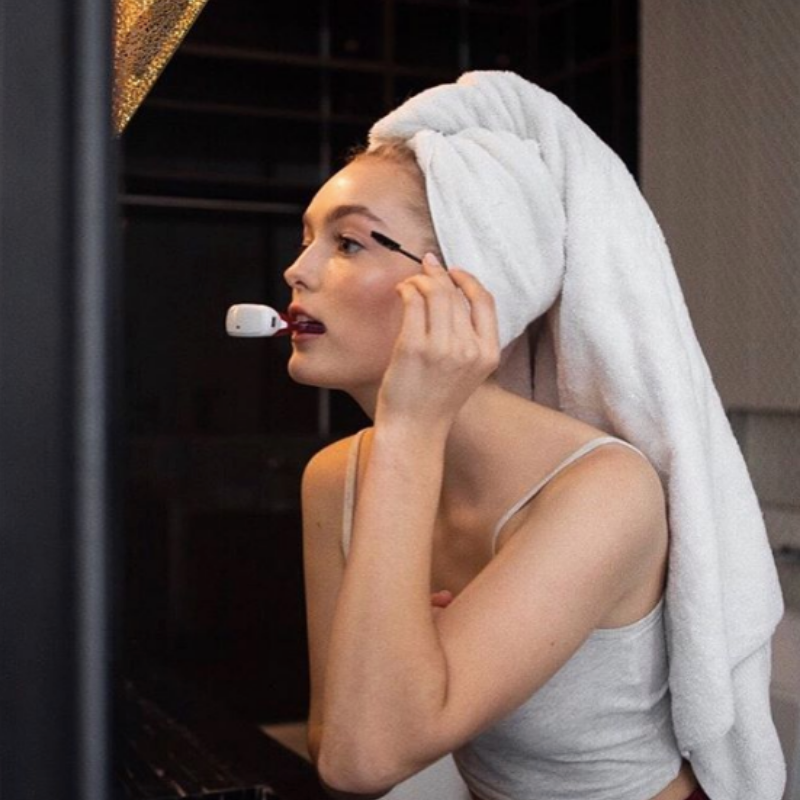 That’s where HyperByte comes in. HyperByte uses gentle electrical pulses that essentially shake your teeth to loosen up the connections that root your teeth to your gums. The result of these is that you don’t feel all of the tension, stress, and pain that you usually would during treatment. The electricity from the pulses also helps bones break down easier and form easier as well, and this is what speeds up treatment time. There’s another benefit to the HyperByte, and that’s that while you use the device, you also have your aligners in. So the HyperByte helps your trays set better, reducing pain even more and further speeding up treatment.

A summary of what does HyperByte do:

How to use the HyperByte device?

So how do you use HyperByte? It may sound complicated, but it’s really quite straightforward. There are two parts in the HyperByte system, the base, and the mouthpiece. To use it, you insert the mouthpiece into your mouth and gently bite down on the bite plate (this is the U-shaped piece that looks like a horseshoe). You then just hold it between your teeth for five minutes per day, only once a day. You should also make sure to wear your aligners while using the HyperByte, as it will help them sit better, further reducing comfort and speeding up treatment time even more.

While you use the HyperByte, the high-frequency vibrations transmit gentle micropulses through your teeth, roots, and jawbone. It sounds like it could be painful, but don’t worry, it’s not at all! In fact, according to Byte, it feels similar to using an electric toothbrush. 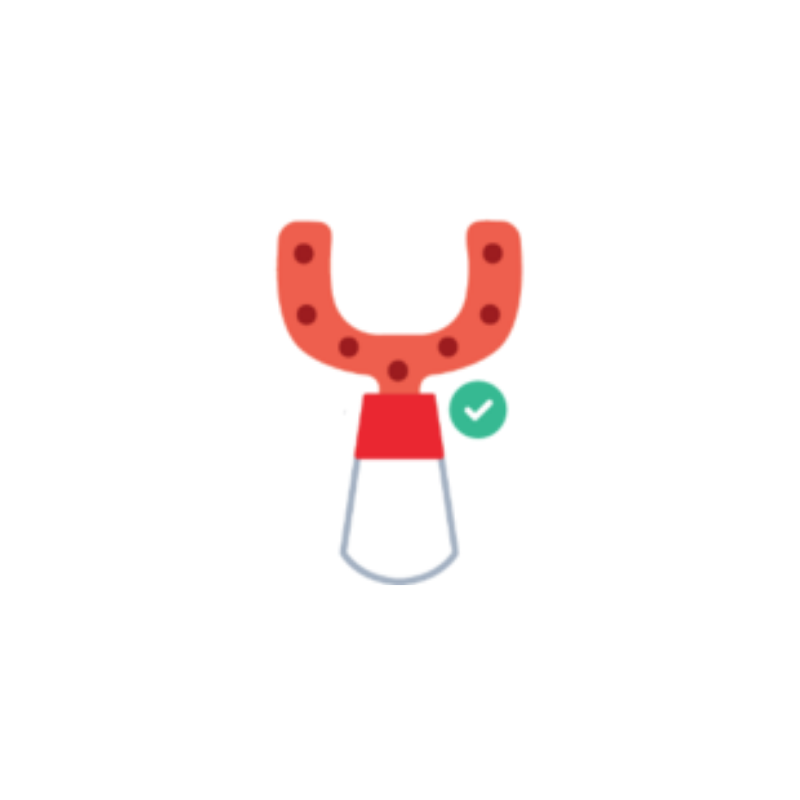 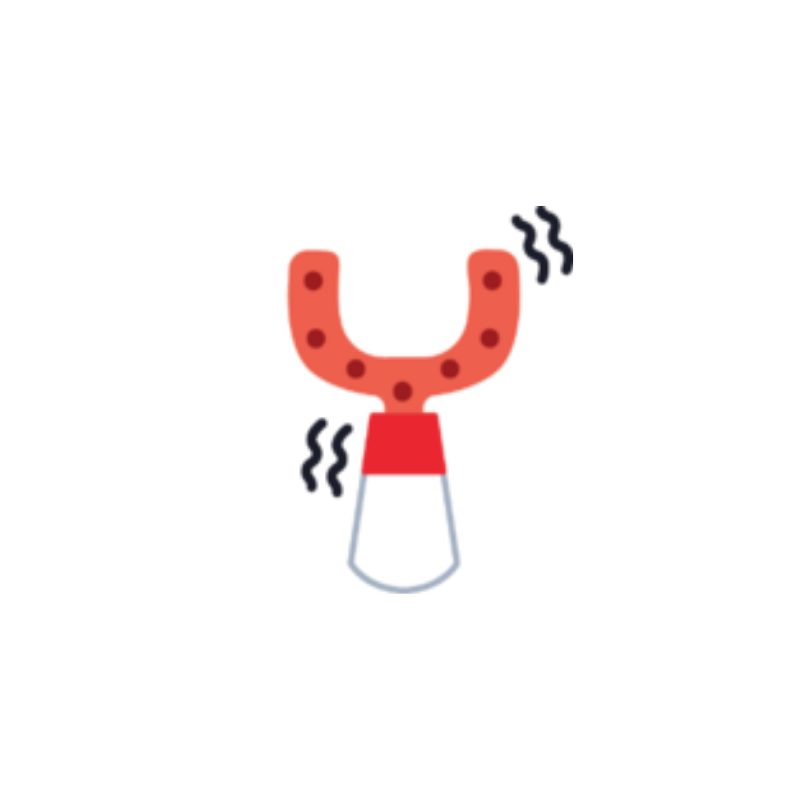 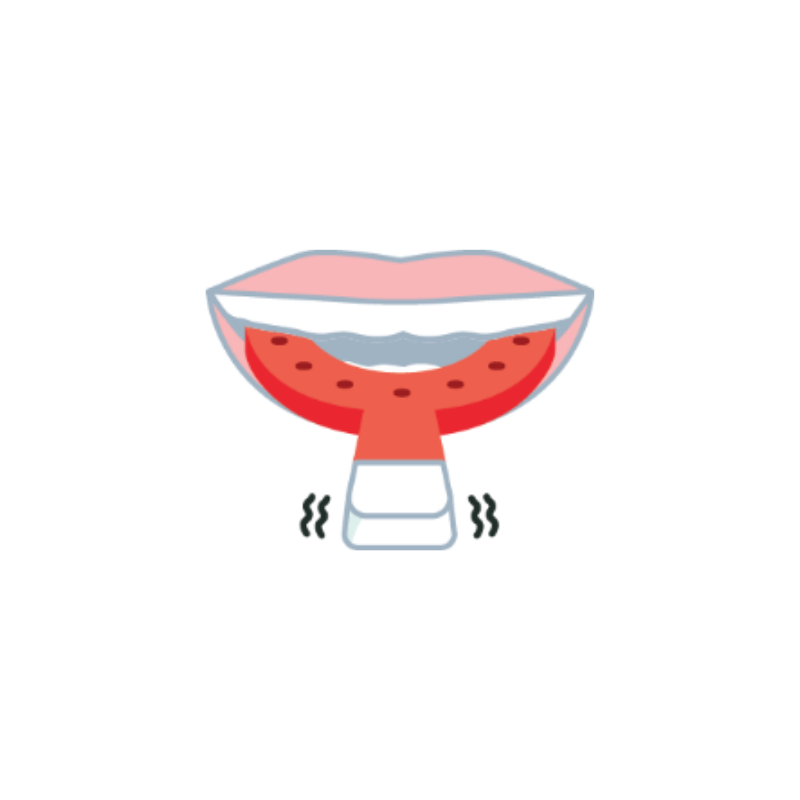 So, to recap on how to use HyperByte:

Regarding how long does Hyperbyte take to charge, it takes some time, on average 8 hours. However, it’s very easy to charge it, so don’t worry about dead batteries. That’s because the HyperByte charges with a USB port, so you don’t even need an electrical outlet to charge it (we recommend you to use a fast-charging cable). While you’re doing the HyperByte therapy, you’ll notice a gentle buzzing and no pain.

How Can I Get Hyperbyte?

The good news is that you automatically get the HyperByte device when you do treatment with Byte (as stated on Byte reviews), and it should be noted that HyperByte is exclusively offered with this brand. All you have to do to get the HyperByte is take Byte’s online assessment, order your impression kit to make molds of your teeth at home, and then you’ll receive your HyperByte in the mail with your clear aligners.

HyperByte Review: Does It Actually Work?

Byte claims that HyperByte successfully does the following:

But, does HyperByte actually work? Well, Byte isn’t the only orthodontic treatment using high-frequency vibrations to facilitate tooth alignment, but they are the only clear aligner brands. Plenty of other orthodontists use them in their practices because it’s been proven to work.

Although the first studies about HFV devices were done in the 1980s, they didn’t gain popularity for orthodontic use until the late 2000s. Despite their relative newness, many studies have proven the benefits of this type of therapy, including less discomfort, faster tooth movement, and creature predictability.

HyperByte is only offered to Byte customers, but other orthodontists use similar devices, which generally cost around $900. With Byte, however, the HyperByte retails for $699, but for customers, it is included in the cost of your treatment, which is $1,895 for the standard treatment option of 22 hours of daily wear, and $2,245 for the At-Night option, which requires only 10 hours of daily (or nightly) wear.

Keep in mind however, that Byte isn’t just an excellent way to straighten teeth because of the HyperByte. It’s also notable for the following reasons:

Traditional braces cost anywhere from $3,000 to $8,000, and Byte only costs $1,895 for All-Day treatment and $2,245 for their At-night treatment. Included with this cost, you get all of your aligners, a set of retainers for after aligner treatment, Byte’s whitening kit, and the HyperByte system, which we mentioned before retails $699. However, if you want to get the full treatment at a cheaper price, you can also use a Byte promo code. However, if you still think the price is not affordable enough, you can also use a Byte discount code to get the treatment at the lowest price.

Traditional braces have to be worn all day and all night, every day from the moment your treatment begins to the moment it ends, which usually lasts around 24 months. Only your orthodontist can take your braces on and off. But not only are Byte aligners removable, but they also offer two treatment options: All-Day and All-Night. The All-Day aligners need to be worn for 22 hours per day, which is the standard wear time for all at-home aligners. And all through teeth aligners are much more convenient than traditional braces; some people don’t like the fact that you have to take them out every time you eat or drink. So for those people, there is the nighttime option. You only have to wear your aligners for 10 hours continuously and wear the HyperByte for 10 minutes instead of five minutes with the nighttime option. Byte At-night aligners option does cost a bit more than the All-Day option, so you’ll have to decide if it’s worth it to you.

While all mail-order aligner companies work with licensed dental professionals to consult, design, and plan treatment, not all work exclusively with orthodontists. This is important because orthodontists are dentists who have then specialized in the art of teeth straightening. Having a dentist plan your braces treatment would be a little bit like asking your general practitioner to give you surgery. They could probably do it, but your best bet is with a specialized surgeon. Byte works exclusively with orthodontists to plan treatment.

One of Byte’s most significant selling points is the short length of treatment time. With Byte’s standard treatment option, treatment can take as little as two months, whereas most mail-order aligner brands offer an average of 6 months of treatment time. Byte’s nighttime option lasts a bit longer, between 5 and 6 months, but it’s still shorter than other brands.

The point to all of this is, HyperByte is what makes Byte genuinely stand out from other aligner brands, but it isn’t the only thing that makes them great. When you choose your aligners, make sure to consider every aspect of treatment, including treatment time, cost, convenience, and whether or not an orthodontist will be planning your treatment.

Get our best Deals

(*) We promise we will never spam you

Written by Natalie Asmussen
Natalie is originally from Minneapolis, Minnesota and now lives in Tarragona, Spain. She graduated with a BA in Modern Languages and Literature from Beloit College in 2013 with a focus on Spanish, Arabic and French, She worked briefly as a representative for MNSure, the Minnesota Branch of the Affordable Care Act, and then transitioned to a position as a Community Health Worker and Insurance Assistor for a nonprofit called Portico Healthnet in Minneapolis, MN, where she helped people from every income level find access to the healthcare they needed. Since graduating, she has worked as a copywriter specializing in the field of dentistry. She is grateful that she found a way to connect her passion for access to healthcare and navigating the complicated world of health insurance in the United States with her passion for writing. Her favorite subjects to write about include disparities in access to oral health care and providing resources for people who need dental care without insurance.
Related articles
Byte vs Smile Direct Club: Which is Better?
Byte Aligners Reviews 2022: Are They Legit?
What Is The True Cost of byte Clear Aligners?

We just need to confirm your email address:

We have just sent you a confirmation Email, please go check it out.

That's it! Prepare to receive our best selected news, deals and information.

(If you don’t get our email, be sure to check your spam foler as sometimes it “sneaks” in there, and add our address: [email protected] to your address book)